Jayne knows she’s a national hate figure. Walking down the street in her blue uniform, the air stewardess faces a barrage of abuse and vile hand gestures.

Her British Airways colleagues have been spat at in the face by irate passengers during their industrial action.

But Jayne returned to the picket line yesterday to begin another five-day strike and says she is willing to face people’s wrath to improve the dire working conditions that have driven stressed cabin crew to nervous breakdowns and suicide.

Risking her £19,000-a-year plus allowances job by speaking out, Jayne tells the Mirror: « Staff are so tired and jet-lagged their immunity is dangerously low. They are getting flu, ME, depression, you name it. Some go a whole week without sleep because they are in and out of different time zones. The fatigue is horrendous.

Jayne says most air stewards are on Valium to help them sleep. Others take Prozac and energy boosters to keep awake during long-haul flights.

« You’d be shocked by the amount taking anti-depressants, » she says. « I know of several people We who have had breakdowns. One woman committed suicide in a hotel in Mauritius and you hear lots of whispers of attempted suicides. »

Ba has slashed the number of crew on many flights and Jayne says they are now doing twice the work for less pay – and it’s putting the passengers’ safety at risk.

She says: « British Airways management sit in their offices getting paid £100,000 a year and they say, ‘Let’s take crew off aircraft to save some money’. We’re being pushed to our limit and not being compensated. »

Jayne adds that the job has always been more stressful than people realise.

She says: « I saw a steward recently after a passenger had been sick all over him. Vomit was dripping off his eyebrows.

« We also have to deal with aggressive and verbally abusive passengers.

« And since the strikes, I’ve had hand gestures from people who see me in uniform. We are treated like animals. »

It’s not just the public targeting British Airways strikers. Jayne says: « Cabin crew have been bullied by pilots who disagree with the strike. I’ve seen girls in tears. One girl got into an argument with a captain on a long-haul flight and he refused to fly the plane back to the UK until she backed down. »

A seriously ill crew member on bed-rest was suspended, as was someone recovering from surgery.

Their union, Unite, is fighting British Airways over pay and work conditions but company boss Willie Walsh is standing firm.

Jayne, whose real identity has been kept secret to protect her job, says: « We realise the strikes are wrecking people’s holidays but someone has to stand up to Willie Walsh and his bullies. »

British Airways said: « Safety is our top priority and would never be compromised. We strongly reject any suggestion of bullying and harassment by the company. » 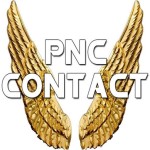